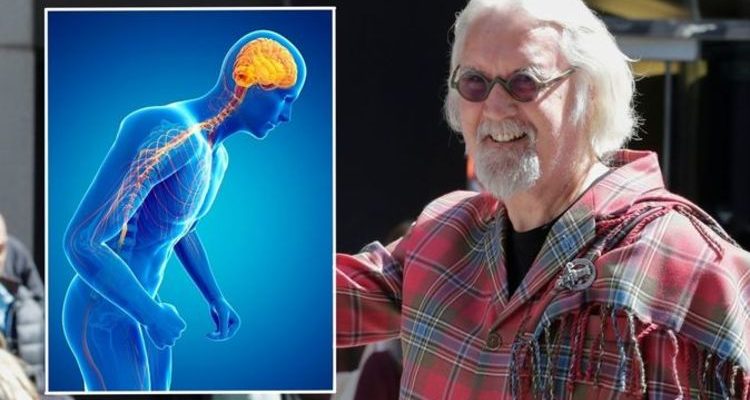 Parkinson’s disease seems to be taking its toll on the famous 78-year-old musician and comedian as he admitted that the condition impacted his ability to play musical instruments and write letters.

The comedy legend was diagnosed with Parkinson’s disease back in 2013. Five years later, he retired from live performances.

Just a month ago, he opened up about living with this condition, saying that his Parkinson’s is making his hands shake so much that his handwriting has become illegible.

The Scottish star spoke about his health on The Graham Norton Show as well as on Radio 4 this October.

He told Mr Norton about his handwriting: “I have lost the ability to write, and it breaks my heart as I used to love writing letters to people.

“My writing went down the Swanee and is totally illegible, so I had to find a way to record everything.”

Parkinson’s has also affected his ability to play musical instruments – something he loves to do.

He told Radio 4: “I love the banjo, I can’t play it anymore which is a shame.

“It [Parkinson’s] has knackered my banjo playing, and guitar, and everything else.”

Shaking responsible for the star’s loss of letter-writing ability is one of the main symptoms of Parkinson’s.

The main symptoms of Parkinson’s disease, according to the NHS, are:

This involuntary shaking, also known as tremor, is caused by a lack of dopamine.

Parkinson’s UK reports that patients don’t have enough of a chemical called dopamine.

This occurs because some nerve cells in their brain, responsible for producing this chemical, have died.

The lack of this chemical makes symptoms of Parkinson’s appear.

Connolly also shared how he found out about his diagnosis. It was after someone came up to him at a hotel.

He added: “I got into the lobby of the hotel, and there was a crowd of people, young people with an older guy.”

The older man approached the star and said: “I have been watching you come in and out, and you have the gait of a person with Parkinson’s.

“I would see my doctor if I was you.”

This man turned out to be a Parkinson’s specialist. “The rest is history,” Connolly added.