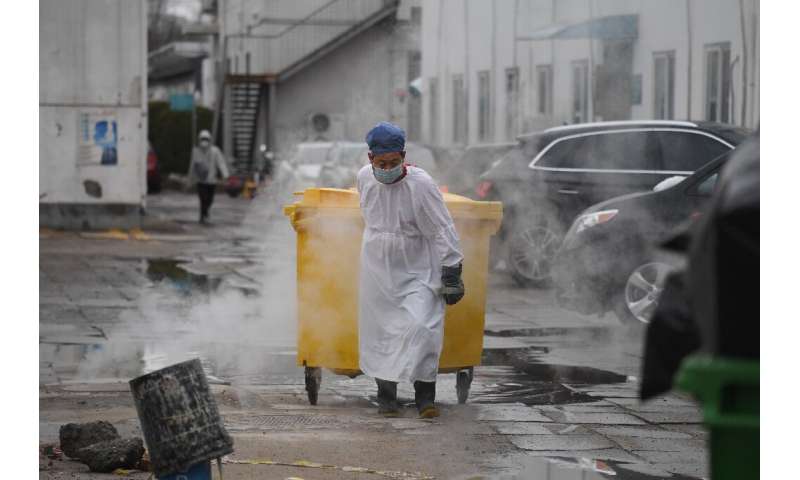 The death toll from China’s new coronavirus epidemic jumped past 1,500 on Saturday as Beijing ordered people returning to the capital from holiday to self-quarantine for 14 days in another drastic effort to contain the outbreak.

More than 66,000 people have now been infected in China from a virus that emerged in central Hubei province in December before spreading across the country as millions of people travelled for the Lunar New Year holiday last month.

The holiday was extended by several days to prevent further contagion but people have slowly started to return to work in the past two weeks, though many are doing their jobs from home and schools remain closed.

Beijing’s municipal government enacted a rule on Friday requiring all people coming to the capital to quarantine themselves for 14 days, warning that violators would be punished, according to official media. It was unclear how authorities would enforce the measure.

Some 283 million trips were made within the country between January 25 and Friday, said vice transport minister Liu Xiaoming.

The scale of the epidemic ballooned this week after authorities in Hubei changed their criteria for counting cases, retroactively adding thousands of new patients to their tally.

Chinese authorities have placed some 56 million people in Hubei and its capital Wuhan under quarantine, virtually sealing off the province from the rest of the country in an unprecedented effort to contain the virus. 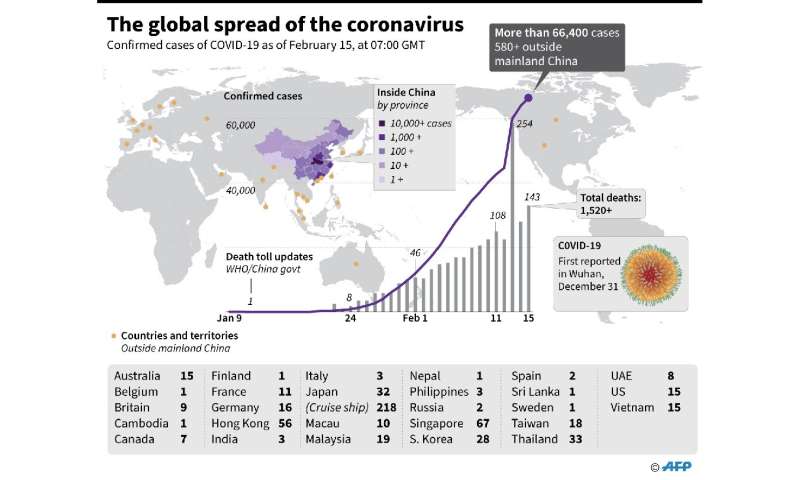 A number of cities far from the epicentre have also imposed tough measures limiting the number of people who can leave their homes.

In another drastic preventive measure, China’s central bank said Saturday that used banknotes were being disinfected with ultraviolet light or high temperatures, and stored for up to 14 days before they are put back into circulation.

Several countries have banned arrivals from China and major airlines have cut services with the country.

But the epidemic has continued to spread across China and hundreds of cases have emerged in more than two dozen countries.

The biggest cluster outside China is on a quarantined cruise ship off Japan, where more than 200 people have been infected. The US embassy said it would evacuate Americans stranded on the vessel, who would face a further quarantine of two weeks in the United States.

In Singapore, which has 67 confirmed cases, the Roman Catholic Church said it was suspending all masses indefinitely to help prevent the spread of the virus and urged the faithful to follow services on YouTube or the radio. 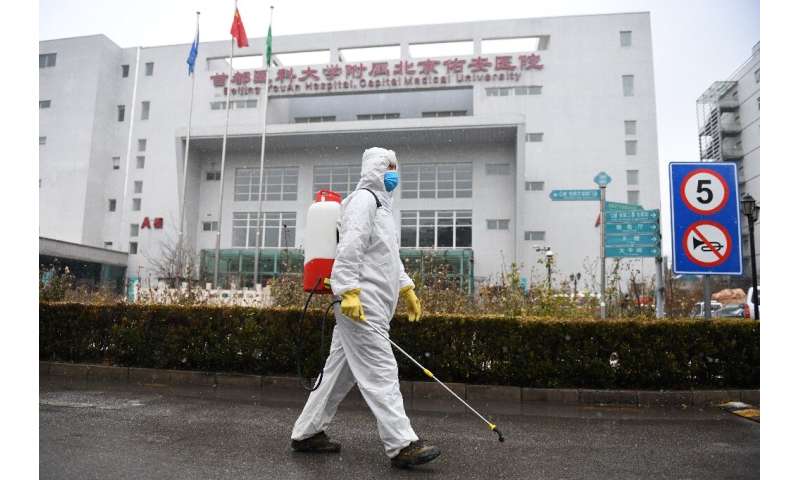 Amid public criticism of the handling of the epidemic, Chinese President Xi Jinping acknowledged Friday that the outbreak exposed “shortcomings” in the country’s health emergency response system.

Battling the outbreak is a “big test for the country’s governance system and governance ability,” Xi said, according to state media.

The National Health Commission reported 143 new deaths on Saturday, with all but four in Hubei, raising the toll to 1,523.

The commission also reported 2,641 new cases of the COVID-19 strain, with the vast majority in Hubei.

The number, however, was almost half those reported the previous day.

Hubei added almost 14,000 cases in a single day this week after officials there started counting people clinically diagnosed through lung imaging, in addition to those with a positive lab test result. 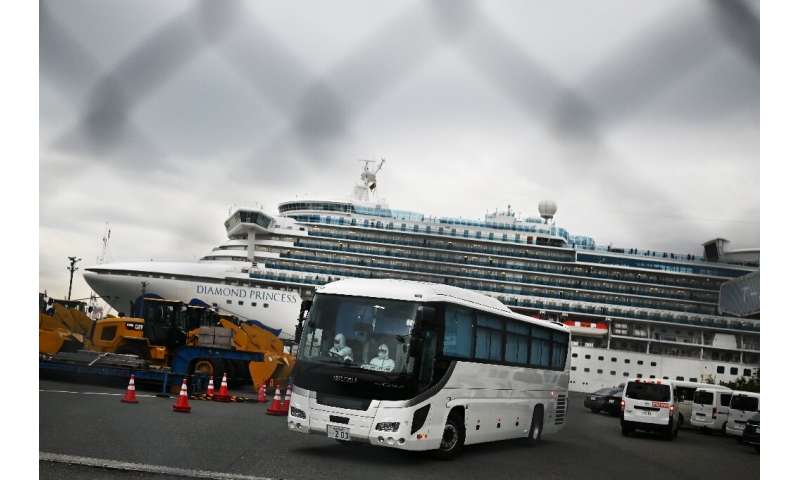 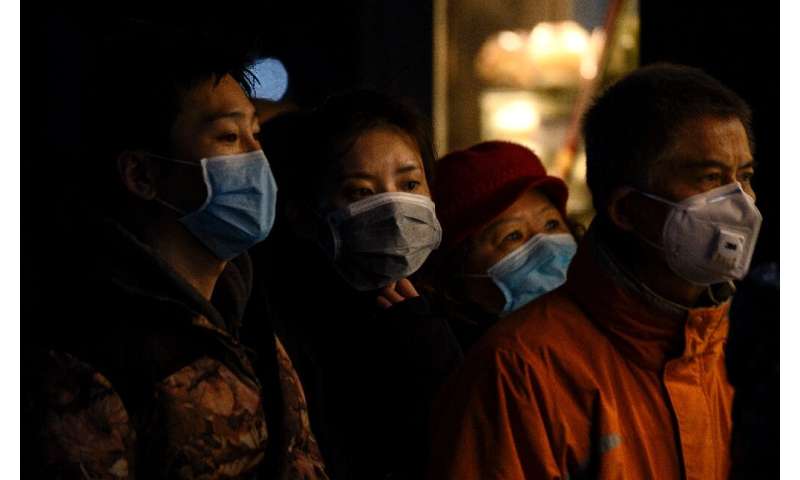 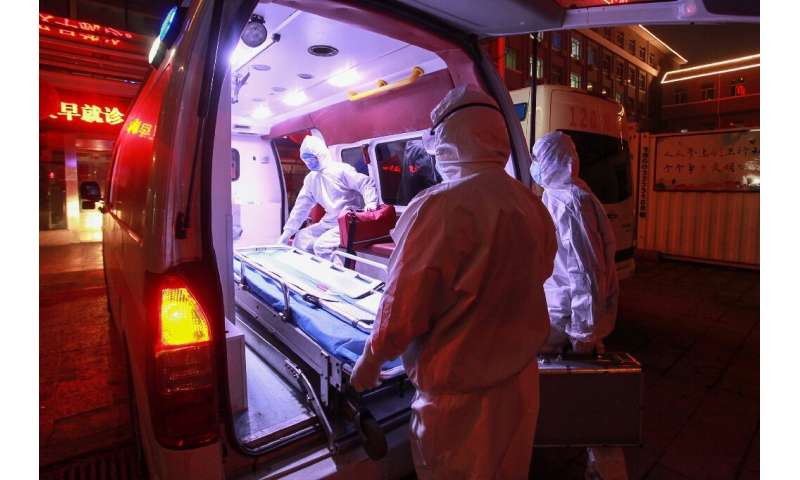 Officials said the change was necessary to ensure that patients get treated early amid reports of backlogs in lab tests.

“We’re seeking further clarity on how clinical diagnosis is being made to ensure other respiratory illnesses including influenza are not getting mixed into the COVID-19 data,” WHO chief Tedros Adhanom Ghebreyesus said Friday.

The number of new confirmed cases has been steadily falling outside Hubei, with 221 infections reported on Saturday.

A top Chinese scientist had predicted that the epidemic could peak by the end of this month after the number of new cases had fallen earlier in the week.

The WHO has cautioned that it was “way too early” to make any predictions about the disease’s trajectory.

An international team of WHO experts will arrive in Beijing this weekend for a joint mission with Chinese counterparts.