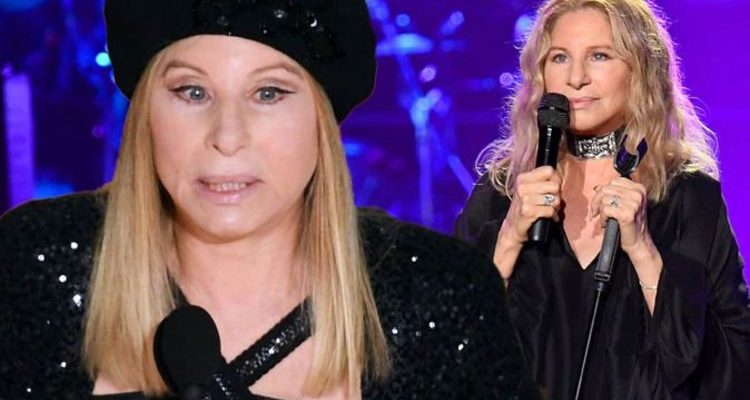 Barbara Streisand opens about her friendship with Prince Charles

In 2014, the Oscar award winning actress and singer started the Women’s Heart Alliance wih businessman Ron Perelman. Sparked by the gender difference in regards to heart health, Streisand said that she was “completely shocked” when she realised that prejudice extended to the hospital emergency ward. The Evergreen singer then made a vow that she would advance research into women’s heart health, working with the Cedars-Sinai Heart Institute in Los Angeles, which is now where the Barbra Streisand Women’s Heart Center operates.

“Fifteen years ago I read a story in The New York Times about gender differences in heart health,” says Streisand, aged 79.

“I was shocked to learn that more women are dying from cardiovascular disease than from all cancers combined and aren’t receiving the same attention in diagnosis and treatment as men.

“It just never made sense to me that women and men weren’t treated equally.

“Many people are unaware that women who have heart attacks are more likely than men to die within a year.”

The actress elaborated to say that reportedly doctors are often more “dismissive” when women complain about symptoms that could possibly be due to heart problems, with heart disease being thought of as a “man’s disease”.

The Grammy award winner added: “For so many years, heart disease was thought of as a man’s disease, and women with similar or more unique symptoms were often misdiagnosed as having digestive problems or being emotionally stressed.”

For Streisand however, the issue of heart health has a personal connection as she lost her mother Diana to heart disease when she was 81 years old.

Speaking to InStyle magazine about her mother’s condition and the emergency bypass surgery that she had to have, the star explains that it was preconceptions about the condition that were causing women to die too soon.

“A lot of people don’t realise women’s symptoms are frequently different from and more subtle than men’s, which leads to the disease being misdiagnosed. Our first signs of a heart attack may include nausea, backaches, extreme fatigue, or shortness of breath rather than the Hollywood version of crushing chest pain, which is more common in men,” she says.

In a bid to change these preconceived ideas, Streisand has launched a number of campaigns to encourage women to regularly get their hearts checked, especially if they are experiencing symptoms and become “proactive” about their risk.

One campaign run by The Women’s Heart Alliance labelled heart disease as the “lady killer,” whilst another campaign, which ran last year, encouraged particularly younger women and women of colour to know the signs of heart disease.

In fact, a briefing that was titled Bias and Biology showed that women are 50 percent more likely than men to receive the wrong initial diagnosis for a heart attack. And following a heart attack, women are less likely to be prescribed medications to help prevent a second attack.

The charity continues to state that heart attack symptoms can vary from person to person but the most common signs of a heart attack are:

The NHS adds that heart disease is one of the main causes of a heart attack. This is due to the heart’s blood supply becoming blocked or interrupted by a build-up of fatty substances in the coronary arteries.

Over time, the walls of the arteries can become furred with these fatty deposits. This process is known as atherosclerosis and the fatty deposits are called atheroma.

In order to help avoid the risk of a heart attack and limit the build up of atheroma, individuals can make certain lifestyle choices to make themselves healthier. These include:

Streisand is an advocate for following a healthy lifestyle, and has reportedly worked out with the same trainer for more than 30 years, while also monitoring her diet.

She added: “I include vegetables, greens, and fruit in most meals. I like fish and chicken and sometimes I substitute plant-based protein as a meat alternative.”

“I love food and it does not take a lot to distract me from my good intentions,” she added jokingly.

Keeping your heart healthy will also have other health benefits, such as helping reduce your risk of stroke and dementia.