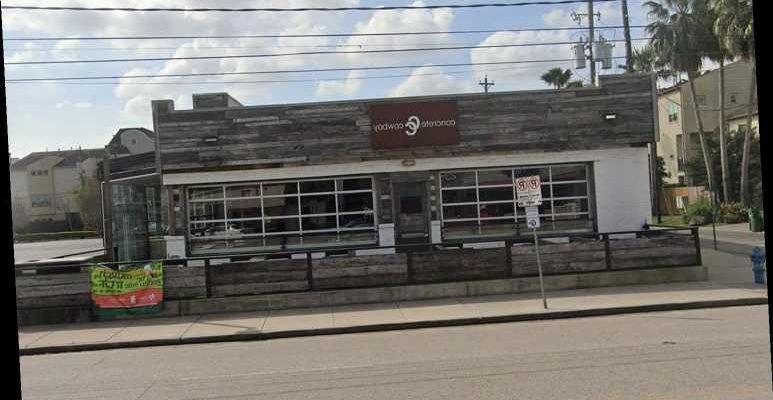 A Houston bar has canceled a planned "Mask Off" party intended to celebrate the end of Texas' COVID-19 restrictions after an outcry from local leaders and citizens.

The Concrete Cowboy in Houston had announced that they would hold the party at 12:01 a.m. on Wednesday March 10, the moment that Texas' statewide mask mandate and limits on bar and restaurant capacities will end. The bar offered discounted bottles of Veuve and Grey Goose to entice patrons in a post on their Instagram Story.

The party drew criticism from around Houston, and State Rep. Ann Johnson said in a statement that it was a potential "superspreader event," that is "dangerous, irresponsible and a slap in the face to the frontline health care workers who continue to risk their lives to care for people infected with the virus." On Monday, the owners of Concrete Cowboy emailed Houston Mayor Sylvester Turner to say they were canceling the party and would be closed on Wednesday to avoid any confusion.

"I want to thank the bar for the steps they're taking to protect people from COVID," Turner said in a press conference, KHOU reported. He also told citizens to stay safe, and that health officials are worried that lifting COVID-19 restrictions will lead to a rise in cases, especially with five different virus variants now circulating in the Houston area.

Though the party is now allowed with Texas Governor Greg Abbott lifting the state's COVID-19 restrictions, his decision has been panned by health officials and leaders within the state and nationwide, with President Joe Biden calling it "Neanderthal thinking."

"What I'm hearing more and more of is that promoters across the country are saying that because Texas is fully opened — because they can't hold their events in their respective cities, in their states — they are bringing their events to Texas," Turner said. "And that poses a serious risk."

Turner reminded citizens that they can continue to wear masks and follow social distancing even after the restrictions end on Wednesday, and encouraged business to uphold those standards. Several major retailers, such as CVS, Costco, Target, Kroger and Macy's, have said that they will still require masks in their stores.

Other businesses, though, are already struggling to enforce mask rules. When Picos, a Mexican restaurant in Houston, announced that they would continue requiring masks they received hateful messages on social media and threatened to report the staff to Immigration and Customs Enforcement (ICE).

"It was just horrific," co-owner Monica Richards told the Washington Post. "People don't understand unless you're in our business what it felt like, how hard it was to go through everything we went through during covid. For people to be negative toward us for trying to remain safe, so that this doesn't continue to happen, just makes zero sense to us."

Texas currently has one of the highest COVID-19 case rates in the country, with an average of about 5,400 new infections a day, and one of the lowest vaccination rates — just 15% of Texans have received a COVID-19 vaccination so far, according to The New York Times. As of March 9, at least 2,699,863 Texans have tested positive for COVID-19 since the start of the pandemic and 45,570 have died from the virus.