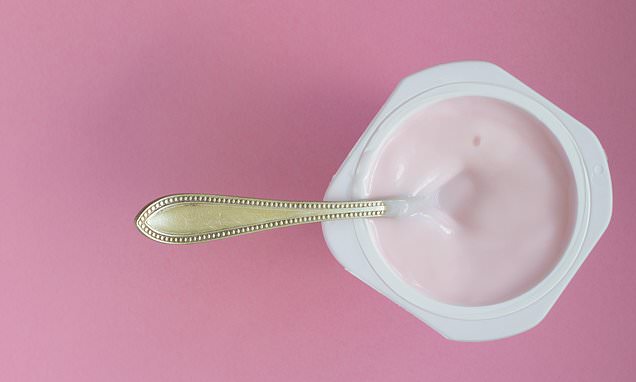 Scientists say they have found a cure for bad breath — and it’s in most people’s kitchens.

A meta-analysis of existing studies found probiotic bacteria in fermented foods like yoghurt, sourdough bread and miso soup can clear the plaque responsible for bad breath from the teeth and tongue.

Volatile sulphuric compounds are the main cause of persistent bad breath and occur when bacteria living on the tongue’s surface break down proteins too quickly and create a surplus of the smelly chemical.

Probiotics are good bacteria that live in the body, break down and absorb the nutrients from food and protect from harmful bacteria. Other probiotic-rich food and drink include pickles and the trendy tea kombucha. 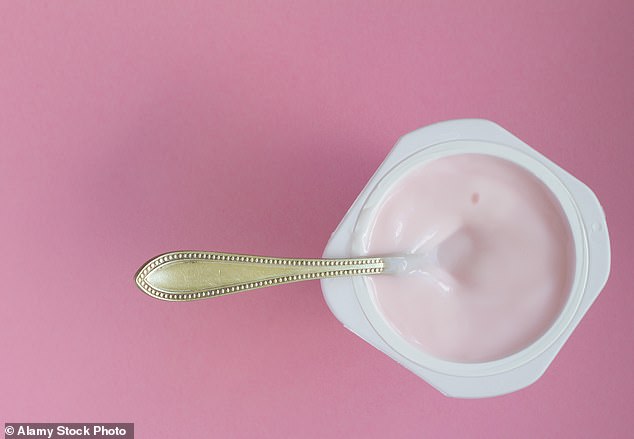 Researchers found that probiotic supplements could help fight off bad breath by reducing the proteins responsible for it in the mouth, while also helping fight the build up of plaque in the mouth (file photo)

While these can temporarily boost someone’s oral hygiene, poor habits or genetic factors can cause bad breath to return.

Researchers from Sichuan University in China looked at whether probiotics could expel proteins responsible for the foul odor like they do bad bacteria. 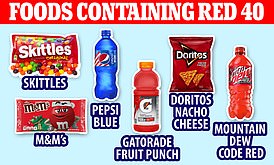 They trawled research databases for relevant clinical trials published up to February 2021.

Seven studies involving 278 people were found to be eligible for their research – each comparing probiotics to placebo as a treatment for bad breath.

They were all in supplement form.

The number of participants in each study was small, ranging from 23 to 68, with an age range between 19 and 70. Monitoring periods spanned two to 12 weeks.

Bad breath severity was determined by levels of the proteins responsible for it – volatile sulphuric compounds – detected in the mouth and on the tongue.

Researchers also considered the plaque levels found on the tongue and teeth in certain studies, as this build-up is also responsible for bad breath.

The pooled data analysis, published in BMJ Open, showed bad breath scores fell significantly in those given probiotics compared with those who were given a placebo.

A similar result was observed for the levels of volatile sulphuric compounds detected, although these varied ‘substantially’ in the individual studies.

Observed effects were relatively short-lived – up to four weeks – after which there was no noticeable difference. This means that a person must keep up with the supplements to maintain an odorless breath.

But there were no significant differences in tongue coating score or plaque index between those given probiotics and those who weren’t.

Study author Dr Longjiang Li, of Sichuan University in China, said: ‘Probiotics may inhibit the decomposition of amino acids and proteins by anaerobic bacteria in the mouth, so curbing the production of smelly by-products.’

But the researchers sounded a note of caution in the interpretation of their findings.

The sample sizes of the included studies were small and some of the data were incomplete.

Dr Li added: ‘This systematic review and meta-analysis indicates that probiotics may ease halitosis by reducing the volatile sulphuric compound concentration levels in the short term, but there is no significant effect on the major causes of halitosis, such as plaque and tongue coating.

‘More high-quality randomized clinical trials are required in the future to verify the results and to provide evidence for the efficacy of probiotics in the management of halitosis.’

MICROBIOME: DOES IT CONTROL EVERYTHING?

Researchers now estimate that a typical human body is made up of about 30 trillion human cells and 39 trillion bacteria.

These are key in harvesting energy from our food, regulating our immune function, and keeping the lining of our gut healthy.

Interest in, and knowledge about, the microbiota has recently exploded as we now recognise just how essential they are to our health.

A healthy, balanced microbiome helps us break down foods, protects us from infection, trains our immune system and manufactures vitamins, such as K and B12.

It also sends signals to our brain that can affect mood, anxiety and appetite.

Imbalances in the gut are increasingly being linked to a range of conditions. Last year, scientists at California Institute of Technology found the first ever link between the gut and Parkinson’s symptoms.

The composition of our gut microbiota is partly determined by our genes but can also be influenced by lifestyle factors such as our diet, alcohol intake and exercise, as well as medications.