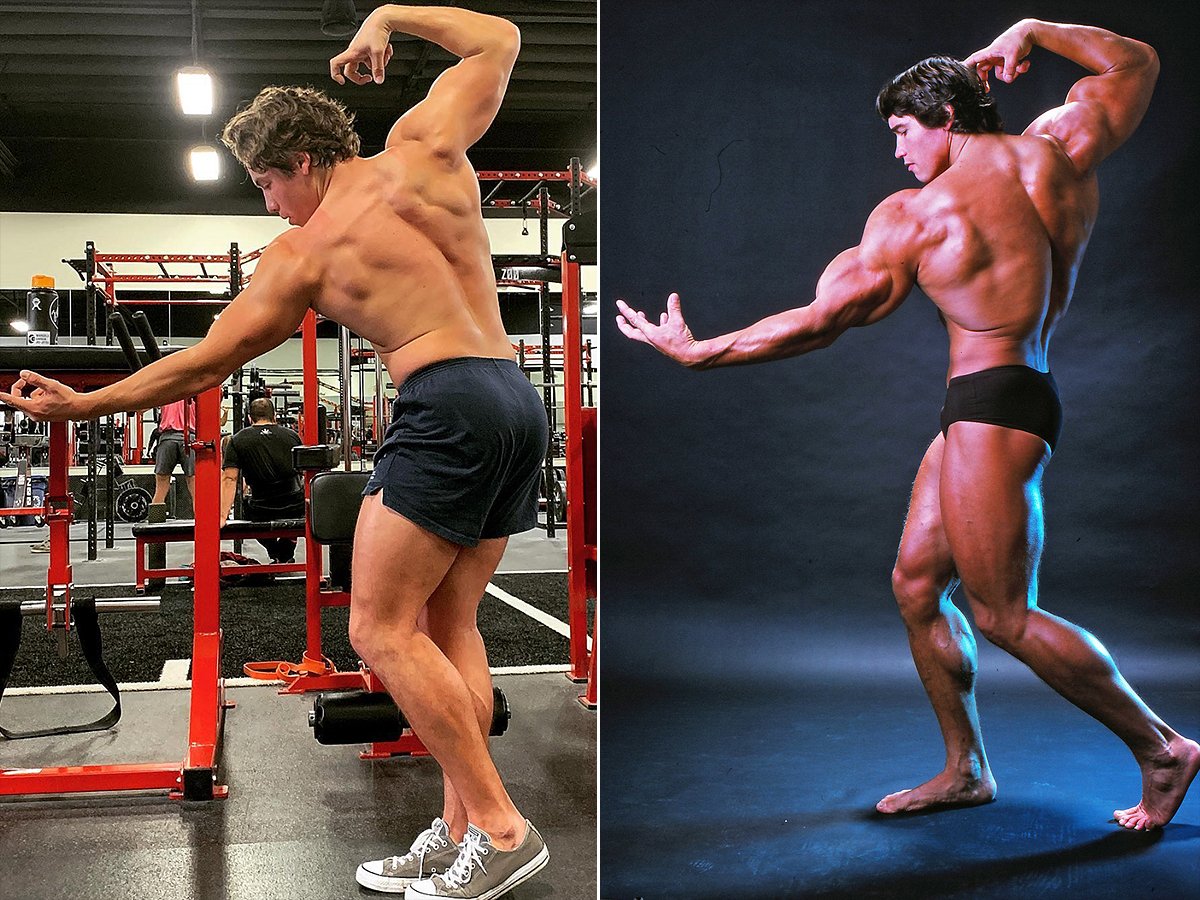 The apple doesn’t fall far from the tree!

In a photo taken at the gym, Baena flexed his muscles wearing nothing but a pair of black shorts and gray converse sneakers. Posing with his arms outward, the 21-year-old recreated Schwarzenegger’s classic pose from 1976.

The original photo, which Baena’s pose was clearly inspired by, was taken right after Schwarzenegger, 71, won Mr. Olympia for the sixth straight time in 1975.

In total, the legendary bodybuilder won the competition seven times, according to bodybuilding.com.

RELATED: Arnold Schwarzenegger’s Son Joseph, 21, Looks Just Like His Dad as He Shows Off His Muscles

Baena’s followers also couldn’t help but notice the similarities between the father-son duo and commented on how much he looked like Schwarzenegger.

“Dude we are literally seeing a Mr. Olympia,” wrote one Instagram user.

“I see a new terminator,” joked another person, referencing his father’s iconic role as a killer robot in The Terminator franchise. “Time to reboot the movie.”

But it isn’t the first time that fans have marveled over the pair’s resemblance.

Baena — who is Schwarzenegger’s son with Mildred Baena, his former housekeeper whom he had an affair with — frequently shares his fitness regimen and progress on Instagram, which often calls attention to their similar looks.

In November, Baena shared another look at his physique while at the gym. Wearing a yellow cutoff shirt and black shorts in the video, he flexed his muscles and hinted that his progress at body lifting was just the start of his fitness routine.

“It’s only the beginning ?? #progress #classicphysique @seancaseyfitness,” he wrote in the caption.

In response to one particular pose he made, fans shared their disbelief.

“Baby Arnold ready for Hollywood,” one user commented, while another wrote, “The Terminator Genetics!”

In July, Baena shared another photo of himself with Schwarzenegger in front of Gold’s Gym and wished his father a happy 71st birthday.

Like the photos before, it had fans seeing double as the pair embraced in a tight handshake and flexed their biceps.

Baena isn’t the actor’s only son interested in following in Schwarzenegger’s footsteps. The star said his oldest son, Patrick, with ex-wife Maria Shriver, is walking the line between two body types in his acting career.

“Patrick, he works out every day, but he doesn’t want to get too big because of the acting, because he’s being sought after now for romantic roles, not action roles,” Schwarzenegger said of the 25-year-old.

“But eventually, when he gets to be like 30, 35, he will go get bigger and then do more action movies. But I love seeing [my sons] work out and being into it. It’s a great feeling,” he added.

Schwarzenegger has three other children with Shriver: Katherine, 29, Christina, 27, and Christopher, 21.