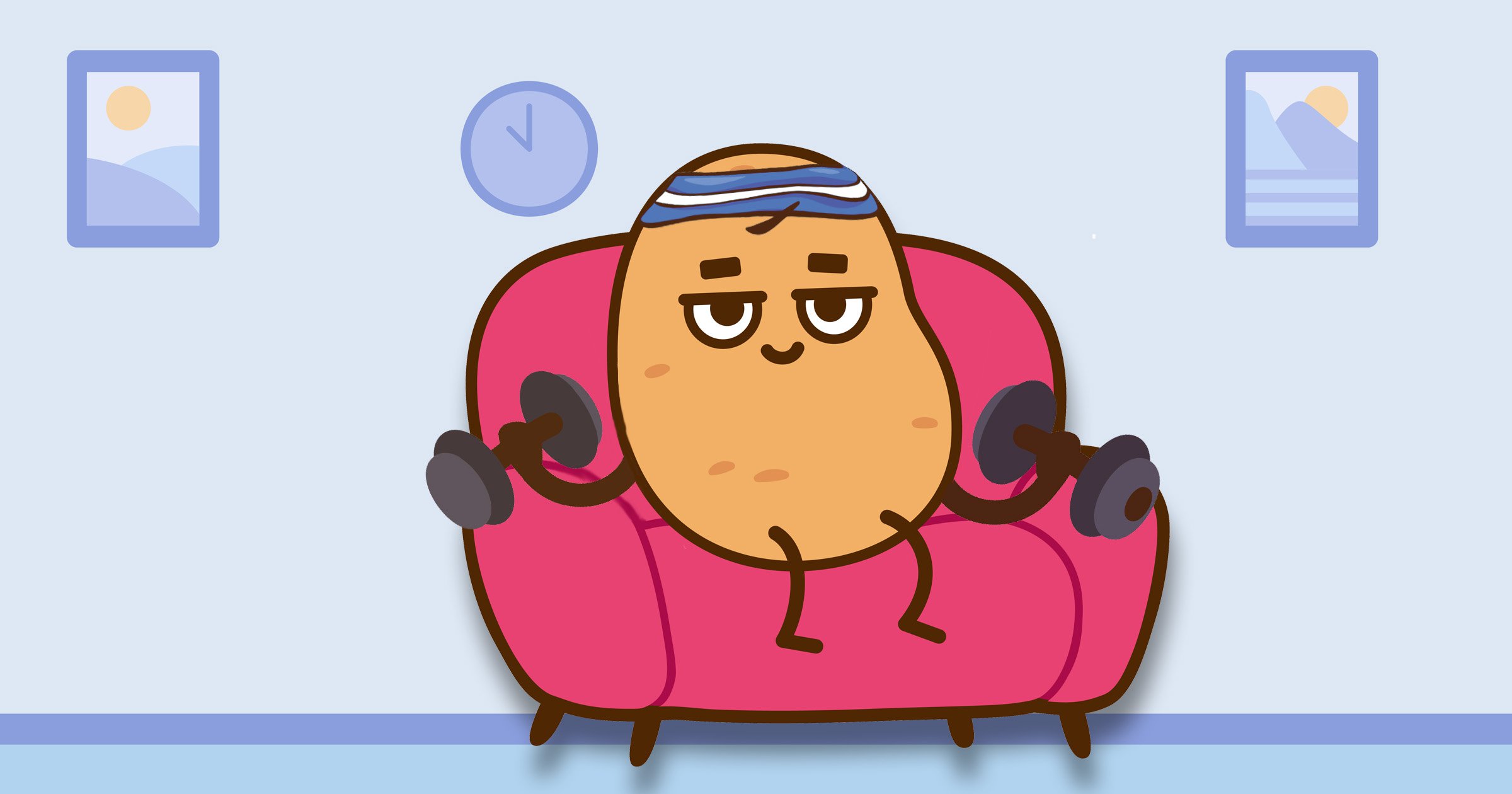 Let’s paint a picture: you’ve heaved yourself to the gym, done your workout, showered, and now you can relax on the sofa feeling good you’ve done your bit.

Sorry to burst that bubble, but a new study says this makes you an ‘active couch potato’ – and it’s not enough to keep keep health problems associated with being static at bay.

Research shows while many of us are committed to a workout routine, we then sit down for most of the day.

A study of over 3,700 men and women in Finland found after 30 minutes of exercise, most people then spend 10 to 12 hours a day sat down still.

The people in this category all had higher levels of blood sugar, cholesterol and body fat.

Having a workout habit in place, sadly, doesn’t look to be enough.

The same study found people that still include some level movement in their day – such as walking – were significantly more healthy than the ‘active couch potatoes’.

Vahid Farrahi, a postdoctoral scientist at the University of Oulu who is the lead author of the study, concluded that small amount of exercise aren’t enough to combat the health issues associated with prolonged sitting.

This study looks at exercise and movement more holistically – we’ve always been told 30 minutes of exercise is enough, but almost as a tick box activity without looking at the circumstances around it.

This study shows we need to look at the full picture when it comes to health.

‘It’s only in the last five years or so that we’ve begun to understand that physical activity isn’t the whole story,’ said Raija Korpelainen, co-author of the new study.

Actually, researchers on this study say the small activities – such as getting a cup of tea or walking up an escalator – can have a big impact accumulatively.

In the study, those dubbed ‘the movers’ did about an hour of exercise on most days, as well as light movement for about two hours more than the active couch potatoes.

Their health was much better for it.

How to stop being an ‘active couch potato’