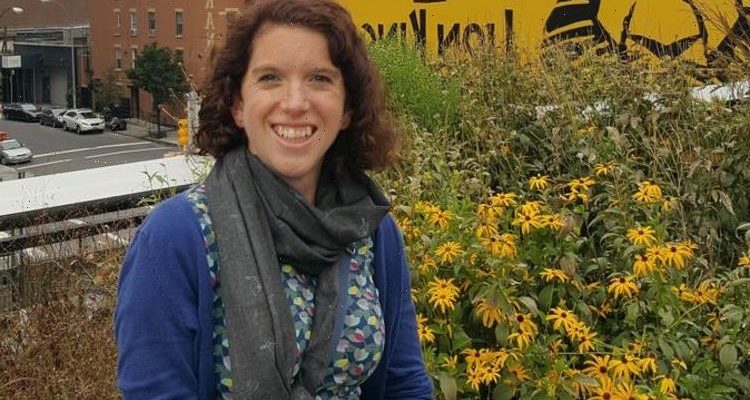 If someone had told Abi Reynolds she’d spend her 30s battling a debilitating eating disorder, she wouldn’t have believed them. Because up until six years ago, she had always been confident and happy in her own skin. But when she was 32, Abi, a former translator and teaching assistant, started to diet and exercise to ensure she was in peak health when trying for a second baby. But surprisingly quickly, she developed an eating disorder which took over her life. “My husband Tom and I both lost our mums in quick succession, which was the start of a stressful few years,” says Abi, now 38, who had never previously had eating issues.

The couple moved from Bath, where they were both happy and settled, to Cambridge where Tom, a lecturer, had a new job. Shortly afterwards, they moved again, this time to Swansea, so they could be close to Tom’s father who was unwell.

Having given up the job she loved, Abi, who is mum to Bertie, seven, and Laurie, two, found herself alone and isolated in a city where she had few friends. She threw herself into being a full-time mum to Bertie, then two, but put immense pressure on herself to be the perfect wife and mother.

“Nothing I did felt good enough, and without the anchor of work and a strong support system, I began to feel low in confidence,” she says.

Abi started running to try to boost her health and self-esteem – but soon became addicted. She also counted calories and restricted her food intake. Within three months, she had lost a third of her body weight, going from a healthy size 12 to dangerously underweight.

As the months passed, she became irrationally afraid of the scales going up. Her mind became an endless stream of numbers – from calories and macros to steps and kilometres.

On one occasion, Bertie was unwell and couldn’t go to playgroup, and Abi remembers being terrified as it meant she’d miss her run. “I spent the next two hours as he slept sprinting up and down the garden,” she says. “The thought of not exercising filled me with anxiety.”

Somehow she fell pregnant, but when Abi told her obstetrician she was certain she had an eating disorder, she was dismissed because the baby was growing well, and her BMI wasn’t considered low enough. She was offered no support with her struggles, nor a referral to eating disorder services.

Her mental health spiralled as she was eating less than ever and was still hitting the gym hard as she entered her third trimester. Unable to stop, Abi was terrified that she might harm her unborn child. One morning, after yet another sleepless night, she broke down, and Tom rushed her to the doctor. “I couldn’t stop crying and kept saying I was terrified my baby would die unless I got help.”

Abi had not put on an ounce of weight despite being more than seven months pregnant. Her GP referred her for an immediate psychiatric assessment, and she was diagnosed with anorexia.

“I remember feeling this incredible mix of horror and relief,” says Abi. “At last, I knew what was wrong with me and could get help.” Despite her fears, Abi’s son Laurie was born at a healthy weight in April 2019, and she felt determined to recover for the sake of her family.

“I tried and tried, but those numbers in my head won every time, and I could feel myself falling deeper,” she says. “One afternoon, I was walking past a grocery shop with Laurie in his pram and every fibre of my body was desperate to go in and get a snack as it was 5pm, and I hadn’t had anything all day. But it just felt utterly impossible.”

By the time Laurie was eight months old, Abi was suicidal and the two of them were admitted to the local mother and baby mental health unit. “I was relieved to be in a safe space, but none of the nurses knew anything about eating disorders.”

Amazingly, Abi’s BMI wasn’t low enough to get a bed in an eating disorders unit – something that still makes her angry as she believes people are missing out on support as there is so much focus on numbers, and too little on patients’ mental and physical health.

“You can be malnourished and dangerously ill without looking emaciated,” says Abi, who now works for Wednesday’s Child, the innovative eating disorders charity that helped her to rebuild her life through their befriending programme, partnering Abi with a volunteer who had experience of recovering from her own midlife eating disorder.

Abi left hospital just three weeks before the first lockdown, and believes she was lucky as she already had an excellent NHS psychiatrist and psychologist in place, and she could still access some of her treatment virtually. But she says for many people with eating disorders, the pandemic has been a disaster.

Indeed, according to eating disorders charity BEAT, demand for support at all ages is now 149 percent higher than pre-pandemic. “There’s no escaping the fact that eating disorders are now an issue of huge proportion, made worse by the pandemic,” says Deborah Watson, founder of Wednesday’s Child.

“This deadly illness kills more people than any other mental health disorder, and there is a desperate need for better GP training and more specialist eating disorder professionals and facilities.”

What’s more, chronic underfunding was laid bare this week in a report by the All-Party Parliamentary Group (APPG), which found that just £1.13 was spent on research per person with an eating disorder between 2009 and 2019.

For Abi, while she’d not yet describe herself as recovered, with the support of Wednesday’s Child and her family, things are improving.

“I hope my story will be a warning for others,” she says. “An eating disorder can develop at any age. We need to get better at treating patients as people rather than numbers.”