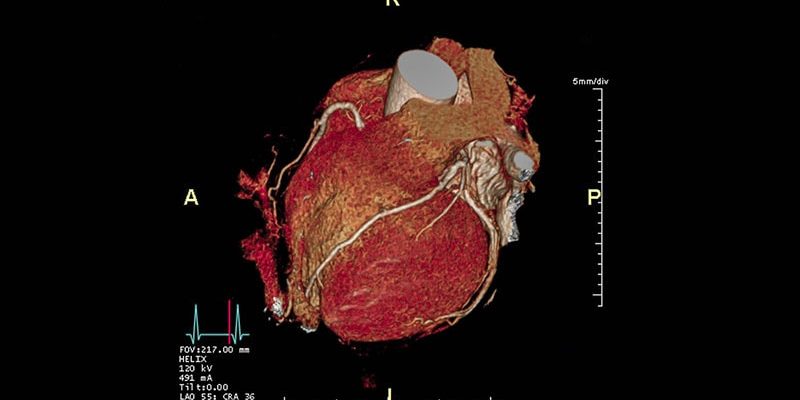 BOSTON – Coronary angiography in patients who have previously undergone cardiac artery bypass grafting (CABG) is challenging, but the procedure can be streamlined and made safer when preprocedural CT coronary angiography (CTCA) is performed to plan the intervention, according to a randomized controlled trial.

In this study, all three endpoints, including a reduction in the incidence of contrast-induced nephropathy (CIN) and duration of the procedure, were met, according to Daniel Jones, MBBS, PhD.

Preprocedural CTCA was also associated with about a 40% improvement in patient satisfaction.

“When logistically possible, CTCA should be considered for any stable postbypass patient undergoing coronary angiography,” said Jones, who supported this assertion with data presented at the Transcatheter Cardiovascular Therapeutics annual meeting.

In this study, called BYPASS-CTCA, 688 patients with a prior CABG scheduled for invasive coronary angiography were randomized to a preprocedural CTCA or no preprocedural CTCA. Patients with stable angina and those with a non–ST elevated acute coronary syndrome were eligible. Those with ST-segment elevated MI or severe renal impairment (eGFR < 20 mL/min) were excluded.

CTCA relative to no CTCA provided a significant advantage for all three of the coprimary endpoints, which were procedure duration, CIN as defined by KDIGO criteria, and patient satisfaction as measured by questionnaire.

The procedure duration was reduced by almost 21 minutes, cutting the time from nearly 39 minutes to less than 18 minutes (P < .001). This relative reduction was of similar magnitude across groups, such as those with or without acute coronary syndrome and procedures performed by a senior or a junior operator.

“Even when you include the preprocedural CTCA evaluation time, there was still a significant reduction [P < .001] in duration for those in the CTCA arm,” reported Jones, honorary consultant cardiologist, Barts Heart Centre, Queen Mary University, London.

The rates of CIN following the procedure in this study, which had a follow-up of 12 months, were 3.4% versus 27.9% (P < .0001) in the preprocedural CTCA and non-CTCA groups, respectively. Again, a sensitivity analysis showed a similar magnitude of risk reduction across all subgroups evaluated.

Jones did not speculate about the specific reasons for the 40% improvement in patient satisfaction among those who underwent preprocedural CTCA relative to those who did not, but, again, a sensitivity analysis showed consistency across subgroups defined by race, operator experience, and underlying diagnosis.

In a graph of time to first major adverse cardiovascular event (MACE), the curves separated almost immediately with a consistently lower rate maintained in the CTCA arm over the 12 months of follow-up, but this is observational. Jones acknowledged that this trial was not powered to show a difference in MACE.

Study Intriguing but Not Definitive

In a panel discussion that followed the presentation of these results at the meeting, sponsored by the Cardiovascular Research Foundation, some reservations with this study were expressed. In particular, several of the panelists, including Jeffrey W. Moses, MD, director of interventional cardiovascular therapeutics, Columbia University Medical Center, New York, expressed surprise at the 27% rate of CIN, which he considered uncommonly high even in a high-risk population.

The unusual rate of CIN was also considered problematic given that it was the most significant clinical outcome among the three co–primary endpoints. Procedural times and patient satisfaction, while valid endpoints, are important subjects of study, but Moses was not alone in suggesting this study deserves validation.

In particular, there appeared to be a consensus among panelists that a larger multicenter study looking at hard endpoints, such as MACE, would be more compelling. They indicated that even if CTCA poses a very low risk of meaningful complications, it does add expense and an extra step.