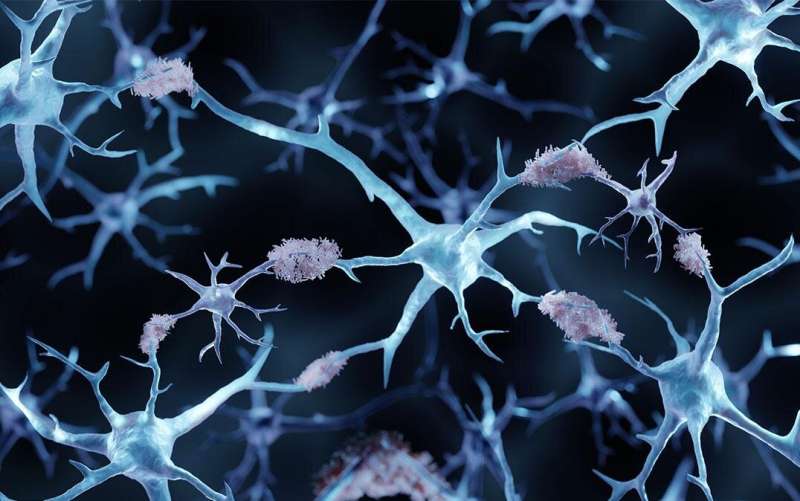 Although a lot is known about brain alterations in symptomatic Alzheimer’s disease (AD), less is known about changes in the brain network early in the disease process. In a study published in Psychiatry Research: Neuroimaging last year, researchers discovered that the left parietal region—a brain area that is also affected in symptomatic AD—becomes unusually important in the brain connections of people with pre-clinical AD.

There are two main reasons for our lack of knowledge about brain alterations early in AD: one, because it’s difficult to accurately predict who will get AD in the near future, and two, because time-consuming investigation methods have often been used. In a recent study conducted at the University of Tsukuba, researchers used a relatively rapid method to investigate changes in brain networks in a specific population with a very high risk of AD.

The research team recruited older adults who did not yet have dementia but were carriers of the apolipoprotein E4 gene, which increases the risk of both AD and the accumulation of beta-amyloid (the main protein that builds up in the brain of patients with AD). The researchers used a technique called positron emission tomography to identify amyloid accumulation—which they took as a sign of early AD—in each person’s brain, and investigated changes in the brain network using magnetic resonance imaging. Both imaging methods are clinically advantageous because they are relatively common and quick to perform. The investigators then looked at whether there was a relationship between amyloid accumulation and a range of brain network parameters.

“Although we looked at many different possible relationships, we only found one that was significant” says senior author of the study Professor Tetsuaki Arai. “When there was more beta-amyloid accumulation, the left parietal region had greater betweenness centrality, which is a measure of a region’s influence on the transfer of information.”

This result indicates that, in individuals with pre-clinical AD, the left parietal region becomes more important in the brain network. Notably, however, the authors did not find any relationship between amyloid accumulation and any other AD-related brain measures.

“Together, these results suggest that changes in the brain network occur very early in AD, before the development of large-scale brain structural and cognitive changes,” says Professor Miho Ota, lead author. “In the future, these alterations may be used to diagnose very early AD.”