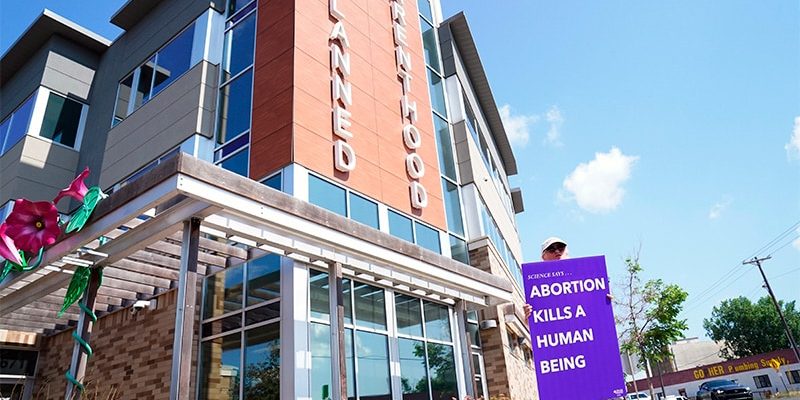 MINNEAPOLIS (AP) — A court ruling that struck down most of Minnesota’s restrictions on abortion as unconstitutional will speed the process for clinics and patients, though providers are still studying all the implications of how the landscape will change as a result.

Two key points of Monday’s ruling are expected to have the most immediate impacts. Judge Thomas Gilligan overturned Minnesota’s mandatory 24-hour waiting period, and a requirement that both parents be notified before a minor can get an abortion. His elimination of a rule that only physicians can perform abortions is expected to further ease access over time.

“The court decision from Monday is great news for abortion access,” said Emily Bisek, a spokeswoman for Planned Parenthood North Central States. “It gets government and politicians out of the exam room.”

The decision has a broader national importance because Minnesota and Illinois are expected to become the only Midwest states where abortions will be readily available as other states move to restrict access in the wake of the U.S. Supreme Court ruling striking down its landmark 1973 Roe v. Wade decision last month. That’s already forcing patients to travel long distances for abortions.

Minnesota abortion providers had already been seeing a surge from as far away as Texas, Oklahoma and Alabama even before the high court ruling. They say it’s too early to parse out how much Monday’s decision might accelerate that. But they agree it will greatly help them cope.

“It’s kind of surreal,” said Laurie Casey, executive director of We Health Clinic in Duluth, explaining the sudden drop in all the administrative burdens the clinic had to meet before Monday. The changes mean patients seeking abortions will often be able to get them earlier, she added.

Perhaps the biggest change is that patients no longer need to schedule two appointments with a physician to comply with the 24-hour waiting period, during which clinics had to provide patients with state-mandated information and counseling. One is now enough. And the end of parental notification means fewer delays for minors, who sometimes had to go to court to get an exception.

“It’s all really great from the patient’s perspective, and ours as well,” said Sharon Lau, the Midwest advocacy director for the Whole Woman’s Health Alliance, which has a clinic in Bloomington.

Bisek said Planned Parenthood North Central States — which operates in Minnesota, the Dakotas, Iowa and Nebraska — is seeing a complicated “domino effect” as restrictions take effect across the country, including bans in the Dakotas and Wisconsin with Iowa and Nebraska expected to follow. The regional group still expects to see the surge grow as high as 25% at its Minnesota clinics. But she noted that abortion remains legal at the moment in Iowa and Nebraska, slowing the impact.

Still, they’re already experiencing about a 50% increase in increase in inquiries to its call center from patients wondering where they can go and which clinic is the best fit for them, Bisek said.

Minnesota providers had already warned that they were facing staffing shortages because of growing demand from out of state and the broader shortage of medical workers amid the pandemic.

Lau said the end of the physicians-only rule is likely to provide relief by widening the pool of qualified staff to include “advanced practice clinicians,” which include physician assistants, nurse practitioners, advanced practice registered nurses and certified nurse midwives. They’re already allowed to perform abortions in other states, she said. They can easily qualify to dispense the pills for medication abortions and even perform some surgical abortions.

But officials at the Minnesota clinics are still deciding how they might use those professionals to bolster their staffs, given that hiring and training them will take time.

Minnesota now has eight main abortion providers, concentrated in the Minneapolis-St. Paul area, Duluth and Rochester, though Planned Parenthood has been providing an increasing number of telemedicine medication abortions to women with Minnesota addresses, as has another provider, Just the Pill.

Shayla Walker, executive director of Our Justice, one of the plaintiffs in the lawsuit that led to Monday’s ruling, said the end of the physician-only rule has the potential to increase both the number of providers and their geographical distribution. But she said it would help if medical schools provide more abortion training for advanced practitioners.

Walker, whose group helps patients with abortion and lodging costs, said most counties in Minnesota have no abortion providers.

“Now with more providers ideally patients can be seen in their own communities,” she said.

One question still hanging that could affect future access is whether the state will appeal Monday’s order. It has 60 days to decide, spokesman John Stiles said.

Attorney General Keith Ellison, an abortion rights supporter, has long said he was obligated to defend the state laws against the lawsuit even though he disagreed with the restrictions. But he told reporters Monday that he wasn’t necessarily obligated to appeal.