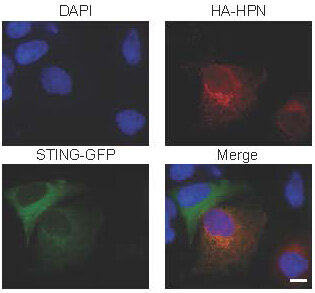 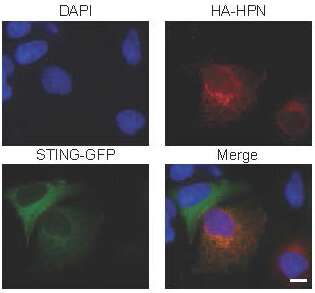 Chronic viral infections in the liver can lead to organ dysfunction and ultimately to liver tumors in a progression invariably characterized by viruses that proliferate free of immune system restraints.

Although it has been known for decades that chronic viral infection of the liver can lead to cancer, medical investigators have only now begun to fully appreciate how the disruption of molecular signaling sets the stage for virus-induced liver cancer.

In an elegant series of cellular studies at the National Taiwan University’s College of Medicine in Taipei City, scientists have found that a transmembrane enzyme (a protein embedded in the cell with active portions above and below the cell surface) plays a powerful role in damaging liver cells.

That enzyme goes by the name of hepsin, and is produced by the host. It increases vulnerability to liver cancer because it’s a noteworthy turncoat—a biological traitor—when active in the milieu of a viral infection. Although the team in Taiwan saw the damaging activity in the lab when two types of viruses, Sendai and herpes, were studied, the major global health crisis involving liver infections and cancer are centered squarely on hepatitis B and C.

Hepsin, as it turns out, doesn’t even mess with the viruses themselves to create havoc in the liver; it irrevocably damages a protective protein called STING. Once STING is crippled, viruses are free to run roughshod through the liver.

“The transmembrane serine protease hepsin, suppresses type I interferon induction by cleaving STING,” Hsin and Liu wrote, referring to the tremendous biological damage heaped on the protein known as STING.

The Taiwanese research is demonstrating that hepsin suppresses the body’s natural antiviral responses that are launched by STING, which stands for Stimulator of Interferon Genes. When STING is intact, its signaling activity is involved in the release of a massive flood of virus-fighting interferons, proteins that thwart viruses.

STING activation stimulates the expression of genes encoding type I interferons as part of the antiviral response. Type I interferons comprise a large subgroup of proteins that help regulate the activity of the immune system. In addition to its role activating interferons that control viruses, STING activation also figures prominently in antitumor immunity, making it critical in the overall innate immune response.

In terms of timing, STING is supposed to be activated in an early phase of the innate immune response when viruses are sensed and cascades of molecular assaults from a stimulated immune system are needed for a full-bore attack.

As it turns out—and as bad luck would have it—turncoat hepsin literally chops up STING, thereby disabling the innate immune response. The immune system constituents sabotaged by hepsin are the type I interferons, proteins that not only kill viruses but are crucial to signaling activities that marshal additional components of the immune system. The word ‘traitor’ seems too kind when considering the degree of liver destruction hepsin inadvertently allows.

Aside from being a turncoat in the liver, hepsin goes by another name in other tissues, particularly the nasopharynx, which forms the upper respiratory tract and the lower respiratory tract, which includes the lungs. In these tissues, hepsin known as TMPRSS1 and, not surprisingly, exists in those cell populations as a transmembrane traitor, too.

In the case of SARS-CoV-2 infection, TMPRSS1 sends signals that can alert the virus to the presence of the ACE2 receptor. The ACE2 receptor is TMPRSS1’s next-door neighbor—and the vulnerable gateway that SARS-CoV-2 breaches to invade human cells, leading to the sometimes deadly pandemic disease, COVID-19. There’s no question among investigators that TMPRSS1’s signaling aids the virus.

To be clear, one of the major roles of the immune system is preventing viruses from commandeering cells. But when hepsin cripples STING, amid an ongoing liver infection, the stage is set for liver cancer. The Taipei City research not only opens a new window of understanding into how a signaling molecule can be damaged, it also demonstrates how a minuscule transmembrane enzyme plays a role in causing the destruction.

The new research arrives at a critical juncture as international health agencies, especially the World Health Organization, map strategies to reduce the burden of liver disease and liver cancer. Globally, liver cancer is a leading form of cancer-related death, and a primary cause of those malignancies is viral infection of the organ, predominantly by hepatitis B and C.

An estimated 1.1 million people die annually of liver cancer caused by viral infections, according to the WHO, which additionally defines the most vulnerable regions for hepatitis-linked liver cancer as resource poor countries. Even though a vaccine, in use since the 1980s, is capable of preventing hepatitis B infection, and in more recent years, drug therapy effectively cures hepatitis C, these interventions still elude many parts of the world.

Grasping the underlying molecular mechanisms that lead to cancer in the first place, might pave the way toward newer methods of liver cancer prevention, such as developing pharmaceutical strategies that block hepsin, the team reporting said.

Hsin and Liu, who collaborated with scientists from the Liver Disease Prevention and Treatment Research Foundation, also in Taipei City, noted in their research that the release of interferons is critical during liver infection for more than one reason: It isn’t just a matter of interferons quelling viruses. The infection-fighting proteins also stimulate antiviral pathways in nearby cells. And hepsin, they say, not only makes liver infections worse by preventing the release of interferons, aberrant hepsin activity also may be involved in non-infectious diseases, worsening them as well.