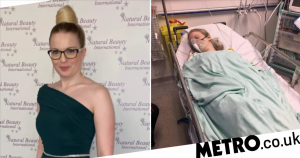 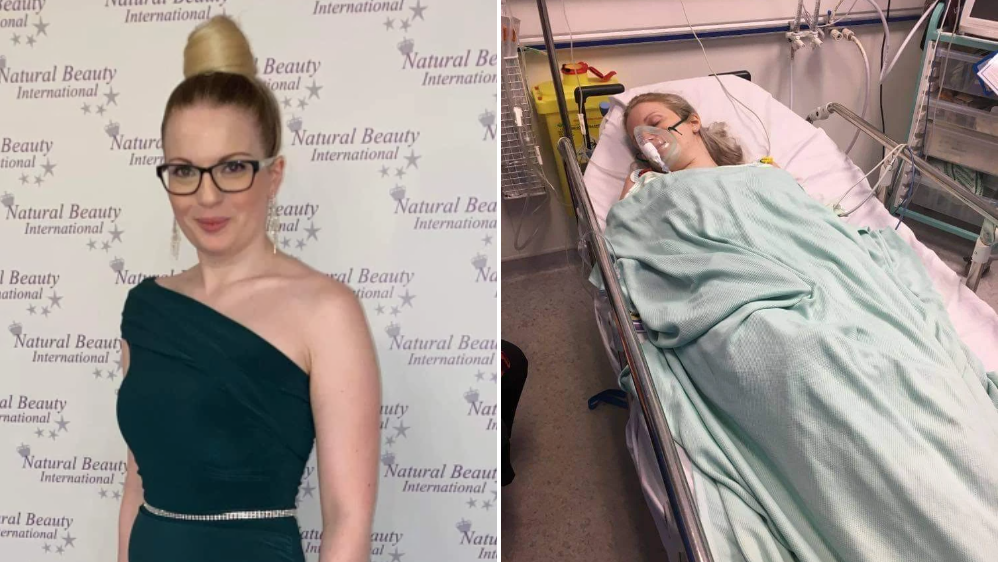 ‘We have to remove your colon or you could die,’ said the surgeon.

As I lay in the hospital bed, I heard the words but couldn’t quite take them in.

Removing my colon meant I’d have to live the rest of my life with a stoma bag. This is when your intestines are pulled out of your stomach (a stoma) to remove your bodily waste into a medical appliance (bag).

My body would be forever changed. Would I even be me any more? Could I learn to love my new body? I was too afraid to even look at photos of stomas online, so when they wheeled me into the operating theatre, I was totally unprepared.

I’d only been diagnosed with Inflammatory Bowel Disease (IBD), a lifelong chronic illness – joining the 300,000 people in the UK with ulcerative colitis – four days before and thought medicines could control it. But my bowels became so severely inflamed, they were on the verge of perforating.

I needed life-saving surgery. Even then, I stalled for four days – an emotional mess – still hoping that the medicines may work.

I first started developing symptoms at the end of April 2017.

I had gone from being constipated for two weeks at a time to making multiple visits to the loo each day. This resulted in accidents, which were distressing and made me less and less able to live my life, like going out and seeing friends. But I still believed it was simply stress or a change in diet to blame.

That is, until the moment I saw blood in the toilet. Then I was straight down to my GP.

He ordered a poo test to detect hidden blood in my stools and it came back elevated, so I was referred for an urgent diagnostic test.

Unfortunately, the wait was long, and over the next three months, my symptoms got dramatically worse. I was unable to move positions on the sofa without having an accident, was crippled over in pain and the toilet was always filled with blood.

More than one in 10 people with an inflammatory bowel disease will end up in A&E needing emergency treatment before they are diagnosed according to charity Crohn’s & Colitis UK. I was no different.

At the time of being hospitalised in July 2017, I was going to the toilet up to 30 times a day but no faeces were passing – it was just a toilet full of blood.

The A&E doctors were great. They acted quickly and diagnosed ulcerative colitis and started me on the basic treatments. If I’d only been diagnosed earlier, my health may not have then gone downhill so rapidly, leaving surgery as my only option.

But after being rushed to A&E on Tuesday, I found myself being wheeled into the operating theatre the following week. I was so scared.

I am so thankful my parents were there, supporting me every step of the way, even though my mum was herself poorly with cancer.

When I woke up, seeing my stoma for the first time had me in tears. I felt disgusting and couldn’t look at it without feeling hate towards my new body. I looked at myself and could not see a body that was beautiful or worthy of love.

I had been in the middle of planning my wedding when I’d been admitted to A&E. When I returned home, now as a person with a disability, I sat my fiancé down and offered him the chance to leave me.

By the end of the conversation, we were both in tears. He stood by my side through it all. He has been my emotional support, our chief breadwinner and my rock – and I’m proud to say he is now my husband.

Not only did I fall out of love with my body after my surgery, but I also started understanding what other people with invisible illnesses and disabilities were experiencing.

Using a disabled toilet for the first time made me realise just what we have to go through when out in public. Strangers made casual remarks – such as ‘you aren’t disabled’, ‘you don’t need those facilities’, ‘you are too young to be disabled’ – that cut deep, gave me dirty looks, tuts and even abuse.

This made me feel uncomfortable, belittled and sometimes scared to go out again.

But more than that, it made me angry and I turned that anger into something positive – by tackling the lack of representation of invisible disability, starting with posters and merchandise.

The posters stated to never judge a person by their cover, provided a list of invisible illnesses and disabilities and used my awareness pictures. These images visualised what someone could be living with – such as a stoma bag, endometriosis, IBD and other stomach conditions (illustrated with barbed wire around the stomach), medication, fatigue, muscle stiffness (illustrated with a weight on the shoulders) and lots more. Posters were put up in workplaces and supermarkets.

I was overwhelmed with messages – from those who live with invisible illnesses and disabilities or their loved ones – thanking me for using my voice to educate others, connecting with my story and telling me how much I’ve helped them. It was starting to make a real difference in people’s lives.

Finding others like me on the charity Crohn’s & Colitus UK forum also made me realise I wasn’t alone. I made online friendships with some of the community and even arranged a face-to-face support meeting pre-Covid.

What helped me is finding someone who could relate fully to my story as I knew I was a rare case. I didn’t have years of pain motivating me to see the benefits of a stoma bag.

Some of us have gone out on the streets to get the public to provide us with positive words about us. We ran the campaign ‘It’s Not OK To Ask’ to encourage people to respect children’s invisible illnesses.

I even started the Warrior Charity Pageant, which is a pageant that welcomes anyone who is living with an invisible illness or disability to have fun on stage. It’s aim is to empower those involved, raise awareness and to fundraise for important charities such as Crohn’s & Colitis UK.

It gave me back a purpose in life.

As for my self image – you’re looking at Mrs Diamond West Midlands, which is a pageant I was a finalist in that celebrates the beauty and diversity of every woman and takes its winners to an international competition in Las Vegas.

I was also a finalist for the National Diversity Award – Positive Role Model for Disability. I was absolutely speechless to find out that I had been shortlisted from 72,000 nominees and for my projects to receive important recognition. I could see every single message provided when I was nominated and some of them had me in tears.

That’s not to say it’s been easy, and my health hasn’t been a rollercoaster. But now I want my story to help everyone to love every ‘flaw’ they feel they have and embrace their true beauty.

Every body is unique and this should be celebrated.

Any change in bowel habits could be a sign of Crohn’s or colitis. When noticing this, it’s important to contact your GP.

So if you are experiencing tummy pains, diarrhea, blood in your stools, weight loss or tiredness that won’t go away with rest, seek help and get the right medication to get you on the road to recovery as quickly as possible.

There needs to be education in schools and workplaces for these conditions to be understood (which I’m aiming to run next year). People need help visualising what ‘invisible’ means, otherwise they can be blind to other people’s struggles.

My health may never improve but I do know I’ll always try my best to help others and I’d love to make a difference globally.

Find out more about Making the Invisible Visible on the website here.