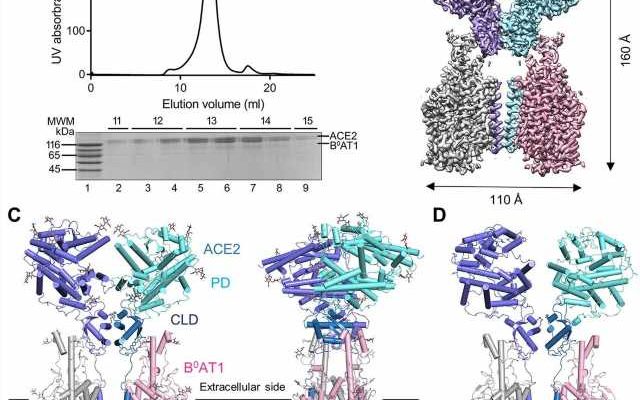 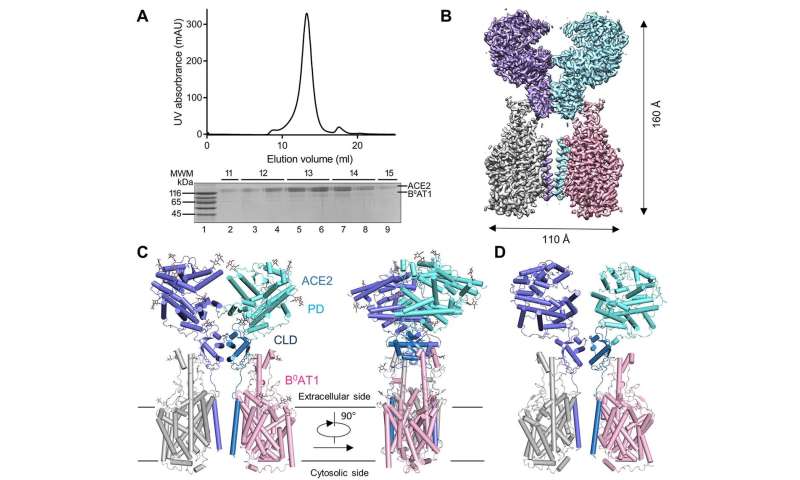 A team of researchers from the Westlake Institute for Advanced Study in Hangzhou, Westlake University and Tsinghua University has produced a high-resolution image of SARS-CoV-2 during the initial phase of infection of a human cell. In their paper published in the journal Science, the group describes how they captured the image and what it showed.

The current coronavirus epidemic is technically known as the spread of the COVID-19 disease—it is caused by the SARS-CoV-2 virus. As it spreads, scientists around the world are working to better understand it toward developing a vaccine. To that end, the team in China took a picture of a single virus during the initial stages of infection.

The study built on recent work done by a combined team from the University of Texas at Austin and the National Institutes of Health. They found that a protein on the virus, known as its spike protein, was better able to bind to the ACE2 protein in humans than the virus responsible for the SARS outbreak in 2003.

As a way to learn more about how the virus binds, the researchers used cryo-electron microscopy to capture images of the ACE2 protein prior to infection and during initial stages of infection by a SARS-CoV-2 virus.

The ACE2 protein is an enzyme that plays a role in converting a hormone called angiotensin to an active state, allowing it to help constrict blood vessels and thus control blood pressure. It is found in the heart, intestines, kidneys, and most importantly for this new work, in the lungs. Prior work has shown that this protein is initially targeted by several viruses such as SARS. The reason it plays such a big a role in viral infections is because it also helps to transport amino acids across cell membranes.