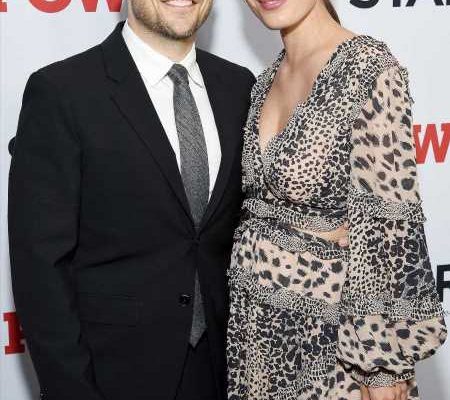 Four months after the birth of his son, Jerry Ferrara finally got a date night.

Stepping out with his wife at Madison Square Garden for the final season premiere of Power, the TV star called the event “Mom and Dad’s first night out for real” since welcoming baby Jacob Michael in May.

“We’re going to be checking with the babysitter in a little while, but it’s great,” Ferrara told PEOPLE.

“Bringing it up though, I instantly miss him,” he continued. “Fatherhood’s the greatest role I’ll ever have.”

With Power ending after this season, Ferrara added that the cast has become its own family.

Yet he cherishes his own family first. When Ferrara’s wife, Breanne, first announced the couple was expecting in January, she revealed they had previously lost a pregnancy.

“This past year has been filled with love, loss, grief, lots of patience and more love. And now learning to navigate pregnancy after loss (which at times can be terrifying),” she wrote on Instagram alongside a photo of her and her husband on a basketball court. “Thank you to such an incredible support group of family and friends in our lives.”

So the couple, who married in June 2017, was more than excited to welcome their son when he arrived in May.

“I’m still amazed by the strength, Will Power, determination and self belief my wife showed during birth,” proud dad Ferrara posted to Instagram with a photo of him and his wife holding baby Jacob. “It’s the greatest thing I’ve ever seen anyone do in my lifetime. I’ll try and limit the baby pics but I cannot promise I can resist.”

Ferrara previously opened up to PEOPLE in March about his excitement over being a new father.

“[I’m] really looking forward to waking up every day and seeing his face and seeing him change and watching him grow up,” he told PEOPLE at the time. “I’m excited to see [my son] grow.”