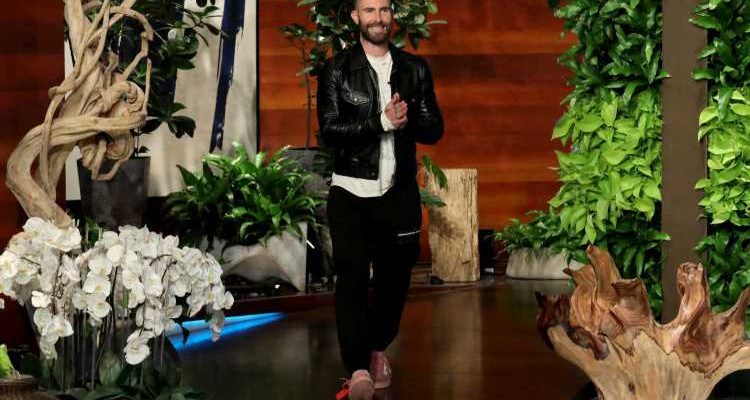 Four months after announcing his departure from The Voice following eight years and 16 seasons as a coach, Adam Levine is living the good life as a “stay-at-home dad.”

The Maroon 5 frontman, 40, dropped by The Ellen DeGeneres Show on Monday, where he talked about being a full-time parent to his and wife Behati Prinsloo‘s two daughters: Gio Grace, 19 months, and Dusty Rose, 3.

“I do miss it, but I also don’t miss how much I had to work,” said Levine of his time on the hit NBC reality competition series. “I was just constantly working for so many years — very lucky, very fortunate, very blessed and all that, but [I wanted] to be able to spend time in this moment with my new, young family, and just have the greatest time ever.”

Ellen DeGeneres praised her guest for being “a very hands-on dad” who takes his girls out to breakfast on Sundays and shared that he’s writing and working on his music while being “at home a lot” with Gio and Dusty.

“I’m obsessed with them,” Levine admitted of his daughters. “I know that’s a good thing, because they’re my children … that’s why I don’t do much, because I love hanging [out with them]. I genuinely adore them in a way that I never knew I could adore any little person.”

That love from the star is unconditional and will always be present — even if his older child somehow isn’t that big of a fan of her famous dad’s pipes!

“You’d think that [Dusty would] like when I sang to her, but she just doesn’t like it that much,” Levine said, smiling sheepishly. “I wish I was lying.”

He recalled a “humbling” experience of playing guitar for his older child — and just when he thought he was getting somewhere (“I was, like, auditioning for my daughter, which is ridiculous,” Levine joked), Dusty leaned over to touch the guitar and told him, ” ‘Put that down.’ “

“I was like, ‘ “Put that down”?’ Cool. Sweet.’ It was the most humbling thing that’s ever happened,” he added. “I don’t know if I have the courage to confront her again and perform music in front of her.”