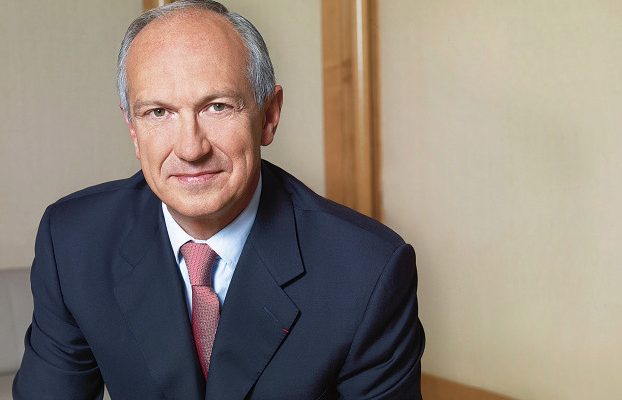 PARIS — L’Oréal’s sales for the first quarter of 2021 beat financial analysts’ expectations, bolstered by numerous factors, including its Active Cosmetics and Professional Products Divisions, and business in China.

The maker of Lancôme, Garnier and Kiehl’s products posted sales of 7.61 billion euros, up 10.2 percent on a like-for-like basis and increasing 5.4 percent in reported terms.

Analysts’ consensus for organic growth in the three months ended March 31 was 9.3 percent, according to ODDO BHF.

L’Oréal’s acceleration, which began in the third quarter of 2020, continued. And the group’s first-quarter 2021 results were up 5 percent in organic terms versus the same period in 2019.

The world’s largest beauty maker’s most recent quarterly numbers were released after the close of the Paris bourse on Thursday, followed by a call with analysts and journalists. It was the last run by Jean-Paul Agon, the group’s chairman and chief executive officer, who will on May 1 pass the CEO role to Nicolas Hieronimus, currently deputy CEO, in charge of divisions.

“It’s a rare opportunity — it’s the first and only time you will have two CEOs on the line,” joked Agon, who took turns with Hieronimus fielding questions.

Three of L’Oréal’s four divisions notched up double-digit growth in the first quarter, with the Active Cosmetics and Professional Products Divisions registering particularly strong gains, of 28.7 percent and 21 percent on a like-for-like basis, respectively.

All of the Fashion at the 2021 BAFTA Awards

The Active Cosmetics Division had a particularly strong performance in North America, Asia and Latin America, and its CeraVe business doubled in size. The Professional Products Division registered significant growth around the globe.

Meanwhile, the Consumer Products Division’s sales declined 0.7 percent, with business dampened by its exposure to the soft makeup category.

In the quarter, Western Europe was the one geographic zone that saw declines, down 2.4 percent, with business impacted by ongoing measures linked to the pandemic.

In North America, where the makeup category was recovering, sales were up 6.3 percent. And each New Market posted double-digit growth, led by the Asia-Pacific region, with business soaring 23.8 percent, bolstered by mainland China.

Agon said the beauty market overall rose at an estimated 4 percent in the quarter.

“It was pretty contrasted between channels,” he explained. “We estimate that the professional business probably grew around 6 percent, that the mass [market] was probably flat, that luxury was probably [in the] high single digits. With plus 10 percent, we are growing 2.5-times faster than the market, which is pretty consistent with the type of over-performance we had in the past few quarters.”

Skin care, the hottest product category today, was estimated to have registered a midsingle-digit overall market gain, while L’Oréal’s sales in the segment increased 22 percent.

The hair segment is estimated to have grown by a midsingle-digit, as well, while L’Oréal’s sales in the segment rose two-times faster.

The company’s online business was bolstered by direct-to-consumer, online pure players and e-retailers, with each comprising about one-third of the group’s overall digital business.

Today, L’Oréal has two “e-billionaire” brands, which each ring up more than 1 billion euros: Lancôme and L’Oréal Paris.

“We think the market is clearly bouncing back,” continued Agon of beauty overall, adding it should end 2021 in the black, although it is too early to tell with what level of growth.

Already, though, there are some bellwethers. The beauty market in China, a country that has largely opened up after COVID-19-related lockdowns, for instance, is estimated to have grown by 25 percent, with skin- and hair-care sales gaining, and a progressive return to makeup noted.

In Israel, although people continue to wear masks, life is returning to normal, too.

“We see the appetite for beauty confirmed,” said Hieronimus. “It may not yet be the Roaring Twenties, but the makeup market in mass is up 43 percent, still slightly below 2019. It’s up almost 80 percent in luxury, and simultaneously we don’t see people going away from skin care. There’s no trade-off or substitution. So we see Israel as a positive sign for what the future could be for other markets.”