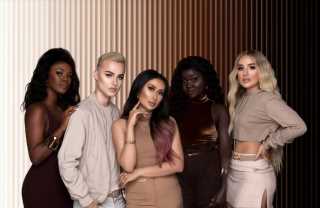 General Atlantic is nearing a deal to invest in masstige makeup company Morphe, according to industry sources.
The deal is said to value the business at more than $2 billion, the sources said, and could be announced in August.
Morphe has gained widespread popularity in recent years, in part, because of its tight-knit relationship with the influencer community. Collaborations with beauty influencers including Jaclyn Hill, James Charles and Jeffree Star have helped to drive both sales and awareness.
Morphe's ascent has been swift. For 2018, sources told WWD that the company did about $350 million in sales, with about $100 million in earnings before interest, taxes, depreciation and amortization. WWD reported that the company tapped Jefferies to explore a capital raise in April.
A spokeswoman for Morphe didn't immediately return a request for comment. A spokesman for Jefferies also didn't immediately return a request for comment.
While propelled in part by the beauty influencer world — where content creators have millions of followers and can generate millions of dollars in sales — Morphe has also accelerated the rate of store openings in recent years, drawing in crowds of thousands. Recently, the line expanded into complexion, launching 60 shades of foundation earlier this year.
Morphe was originally founded as a makeup brush business and focused mostly on wholesale and trade shows. But in 2009, brother-and-sister team Linda and Chris Tawil acquired the brand and built it out into a full-fledged makeup business.
General Atlantic, a Greenwich, Conn.-based private equity firm, is no stranger to makeup deals. The firm invested in Too Faced at a reported $500 million valuation before selling it 18 months later to the Estée Lauder Cos. for $1.45 billion.
Source: Read Full Article