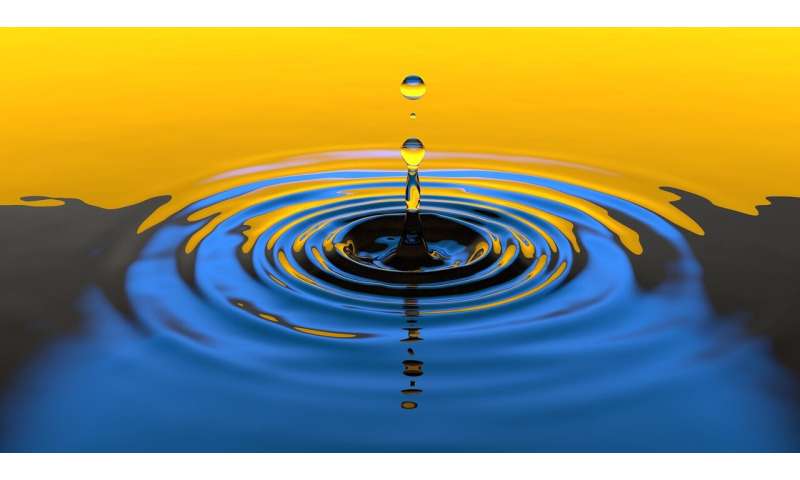 In the wet-dry topics of Australia, drinking water in remote communities is often sourced from groundwater bores. The geochemistry of that groundwater impacts the occurrence of opportunistic pathogens in the drinking water supply, researchers now report in PLOS Neglected Tropical Diseases.

Many aquifers in the tropics of Northern Australia are shallow and contain naturally high levels of iron, which encourages environmental iron bacteria to form biofilms in pipes and the growth of opportunistic pathogens. Some of these bacteria include the emerging threat Burkholderia pseudomallei which causes the fatal disease melioidosis in humans and animals. Researchers have not previously studied the microbial composition of water from remote bores.

In the new work, Mirjam Kaestli of Charles Darwin University, Australia and colleagues including Menzies School of Health Research sampled water and biofilms from three remote Indigenous communities in Australia’s Northern Territory. All three communities had previously reported B. pseudomallei clinical infections. The aquifers in each community varied by their age and depth; in addition, one had low levels of iron, another had average levels of iron, and a third had high levels of iron. Water was collected from five points in each water system, including both untreated sections of the system, and points after chlorination.

On average 19 times more bacterial DNA was found in the source water from the medium iron water supply and 83 times more in the high iron water supply compared to the low iron system. In addition, biofilms were more common in these supplies and bacteria known to cycle iron were found in the medium and high iron water systems. B. pseudomallei were also found in these systems and the genomes revealed five different genetic variants of the bacteria, including three that had been previously reported in Australia. Overall, chlorination successfully contained both B. pseudomallei and another opportunistic pathogen Pseudomonas aeruginosa.