Measles is one of many diseases currently seeing a resurgence thanks to modern attitudes towards vaccination. The disease was once eradicated in several parts of the world thanks to the Measles Mumps and Rubella (MMR) vaccine, but misinformation has lead many people against the vital childhood jab. A now repudiated study by disgraced doctor Andrew Wakefield drew an incorrect link between the vaccine and autism in 1995. The link has been disproven several times, but as people continue to spread rumours via social media, cases of measles continue to pile up.

How does measles spread through cities?

Researchers from the University of Pittsburgh recently released a series of interactive maps portraying the spread of measles through US cities.

The Framework for Reconstructing Epidemiological Dynamics (FRED) shows how diseases spread through populations depending on vaccination levels.

The models start with a single school-age child contracting the disease (denoted by a red dot). 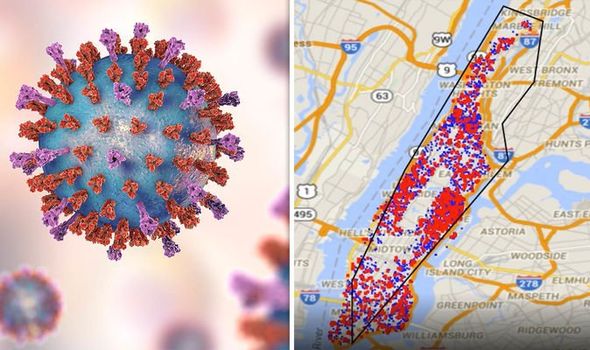 Those who later recover are denoted by a blue dot.

One scenario sees 80 percent of children aged 6 months old to 15 years old vaccinated, and another shows 95 percent of the same demographic vaccinated.

With measles, herd immunity must be at 95 percent or the disease spreads much more quickly and over more distance.

UNICEF estimates more than 2,500,000 children in the US alone were not vaccinated against measles between 2010 and 2017, preventing herd immunity in many cities. 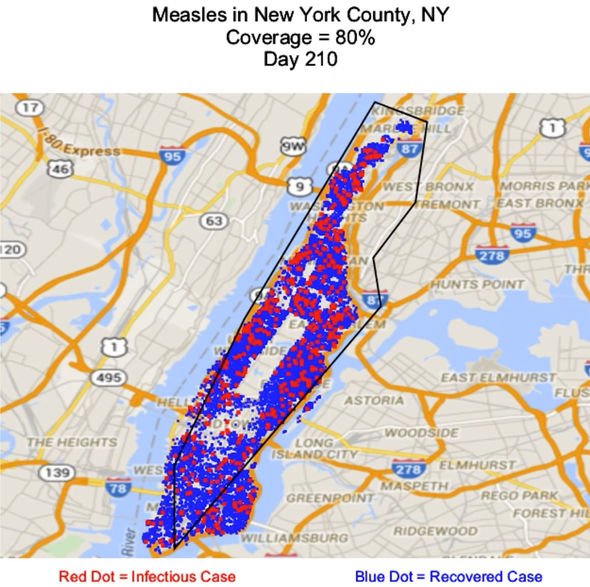 “These figures are indicative of the fact we are currently in the midst of a global measles crisis.

“Cases have soared across the world, including in places where measles had previously been eliminated, like the US.

“This year alone to date, the US has already seen its second-greatest number of cases since 2000.” 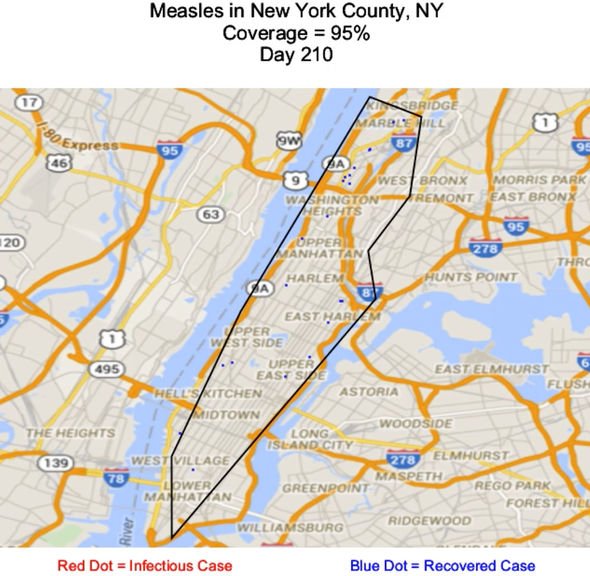 “Measles is a severe and contagious disease, which can lead to death.

“Yet at Unicef, we know that globally children are missing out on lifesaving vaccines often due to parents delaying or refusing to vaccinate their children.

“Every child has the right to lifesaving vaccinations.

“It is vital for governments and health professionals, in the US and globally, to make sure the public are educated about the urgent need for measles vaccinations and that services are accessible and affordable, so every child receives their vaccines at the right time.”